From fireman to the Firehouse Subs 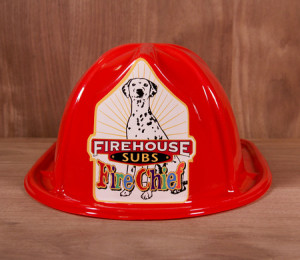 The fact is, no matter who you are or what you’ve done before, there’s always a way to embark on a new journey or start something new for yourself. Just take Bob Lepore as an example.

After serving as a Marine in Vietnam, Lepore would go on to work for nearly 35 years as a firefighter. In fact, he was there at Ground Zero as a first responder on September 11, 2001. He’s always had a desire to help people.

Once his career as a firefighter was over, he went on to become a sales executive for Starwood and Hilton hotels in South Carolina. Yet, he wasn’t satisfied. He knew he wasn’t utilizing his skills to the best of his abilities.

So, Lepore decided to start a new career and opened his own Firehouse Subs franchise in Myrtle Beach, South Carolina. Lepore was attracted to franchising because – as a veteran – he felt he had the discipline and organizational skills required to run a business.

Lepore points to several specific factors when explaining how his military experience serves as an asset in his new career in franchising.

Staying on Time
Whether you are on the front lines in combat or at the edge of a wildfire, staying on-time and organized is important. Running a franchise means he needs to ensure his college-age employees are meeting the obligations of their schedule and schooling.

Following a Hierarchy
If there’s one thing Lepore was used to, it was a hierarchy. Fortunately, in franchising, he recieves help from his franchisor. Franchising isn’t a go-it-alone approach, and Lapore appreciates that.

Maintaining a Fellowship
In both military endeavors and franchising, there is a fellowship. Whether it be a fellowship with your franchise consultant, franchisor or franchise employees, the fact is a lot of people are riding on your success. Such a reliance begets fellowships and friendships.

Whether your background is more civilian or military, no matter your age, a new endeavor in franchising can be just around the corner. Just ask Bob Lepore. Do you have time to be a franchise owner?
No Responses.